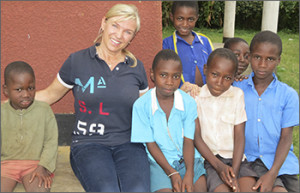 Strong Again – from a troubled mind to a peaceful heart

Through the humanitarian foundation Strong Again I work towards giving large-scale trauma treatment to people in areas ‘struck by the powers of nature or the weakness of mankind’. There is a global need for effective and efficient trauma relief for children and adults who have experienced natural disasters, hunger, violence, genocide, war, suppression, acts of terror and other devastating events or situations – long lasting or acute.

We utilise and teach simple techniques that anyone can use on themselves, easily and for the rest of their lives. Thought Field Techniques /TFT / neuro tapping is the most effective method we know for trauma relief. It is also a method that can spread globally in a short space of time, as it can easily be taught to people who can teach it to more people – who can then teach it further. We are talking about a probable achieved tipping point in trauma relief and inner peace, spread like an infectious ‘positive’ virus. I firmly believe that this will be an important step towards peace; even a quantum leap. 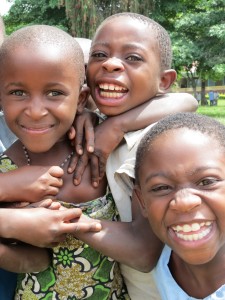 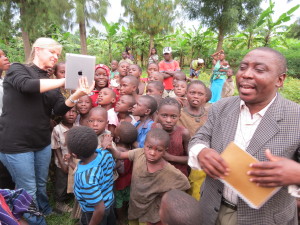 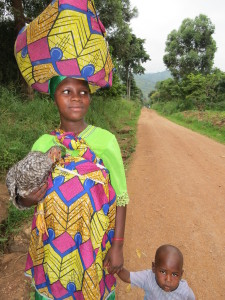 The history of Strong Again

Through the foundation we joined an international team from the USA, UK and Rwanda to conduct a large-scale trauma relief study in June 2012, titled ‘Effectiveness of Thought Field Therapy provided by Community Workers to a traumatised population in Uganda’. We spent almost a month in Kasese District, close to the border with the Democratic Republic of Congo. There we did a double-blind, waiting list controlled, parallel group study of 256 volunteers in a traumatised population. The volunteers were treated by 36 local catechists who were trained for two days shortly before the study. They were chosen from the 350 or so catechist whom the team trained in total during the stay. These catechists now give free TFT treatments (Thought Field Therapy) to around half a million people in the area. The international team also taught TFT to a school of 600 girls, and Uldal and I to the organisation Hands of Hope in Kampala on our way home. 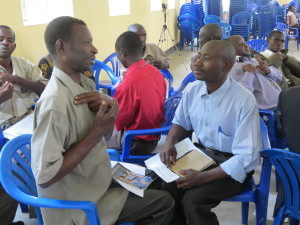 Our team witnessed fantastic results, watching the healing actually happen in front of us. The most astonishing was the fact that the treatments were executed by newly trained locals, themselves still visibly traumatised. As the study is yet to be published, we cannot reveal the amazing percentages, but we are allowed to say that ‘it provides strong evidence as to the effectiveness of TFT in this situation, and supports the model of community self-help’.

There was a follow-up of the study in January 2014 to check the longevity of the effects. It is our hope that both results will be published in the ‘Journal of Traumatic Stress’ during 2015/2016.

This was the third of a series of studies on TFT for treatment of PTSD carried out in Rwanda and Uganda. ‘Strong Again’ was not yet established in order to be part of the first two in 2008 and 2009.